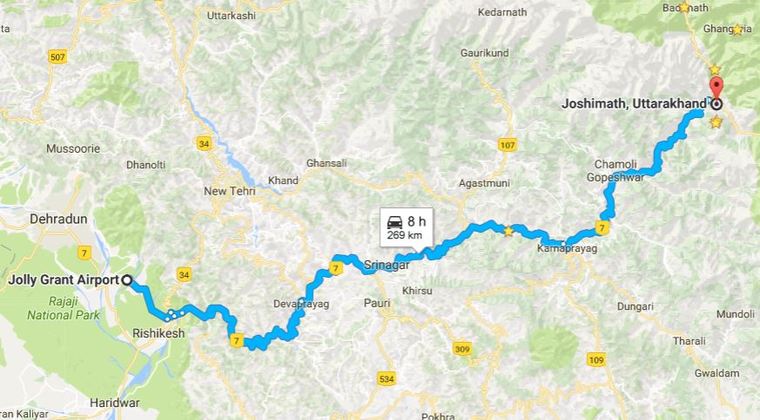 By spending the night at Kirtinagar, we did not have to do the long drive from Haridwar to Joshimath in a day.

There was nothing much to do either in Kirtinagar or in Auli. We did not meet anybody from the group or from the tour company. It was only in the evening that we were informed that we were now not going to go for the Auli Gorson trek next morning, but straight to Govindghat and up to Ghangaria. This was upsetting, as we wanted to get our trekking started with the milder slopes at Auli. But there wasn't any option given to us, so I packed the things I wanted to take up to Ghangaria, and left the rest in a suitcase that would stay in our taxi for the next four days.

So we went up to Ghangaria on mules, and were put up there in a budget hotel that was quite unsatisfactory given the fact that we had paid for a super deluxe package. But since the money was paid upfront, we could not do much.

We went up to the Valley on two days. The third day we went to Hemkund Sahib, this time on mules. This time the journey in the saddle was really painful, and I was ready to just get off the mule long before we reached the top. A buckle in the stirrups was rubbing into my leg, and whatever adjustment was done it still hurt! But the route was awesome. The mules walk on the edge of the path, as if the precipice below is just not there. It can be unnerving. It was really scary when another mule came close to mine, and brushed against it, while we were already at the edge of the path.  The path does have railings in some places and is well maintained, given the nature of the mountains. I just wish the mules had better and more comfortable saddles. We were down at Ghangaria again by 4 pm. 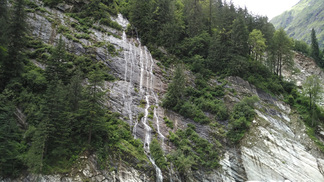 The next day we were able to get a chopper down to Govindghat, which was a adventure in itself! The long trek reduced to a 10 minutes flight, and a birds eye view of the mountains.  Our taxi was waiting for us at Govindghat. We were so happy to see the driver! It was around 10 am and we immediately left for Badrinath, as there is always a fear that landslides would block the road at some place. We were lucky to reach Badrinath without an incident. The drive through the mountains was so beautiful, I could not stop admiring the sheer expanse of rock and the vibrant energy of nature. I understood why the Himalayas are revered for their majesty and beauty.
Images by Daksha Bhat. Please acknowledge if you share!!